Originally named Disappointment for dashing Alexander Mackenzie’s hope that it would lead to the Pacific rather than the Arctic Ocean, the Mackenzie River is Canada’s largest, longest river system. Traversing 2,635 miles, it flows through a vast network of lakes, boreal forests and arctic tundra. Mackenzie’s many tributaries cover portions of three provinces – British Columbia, Alberta and Saskatchewan and two territories, Yukon and the Northwest Territories. Known as “The Amazon of the North”, Mackenzie’s sparsely populated basin remains one of the great unspoiled natural areas in the world. 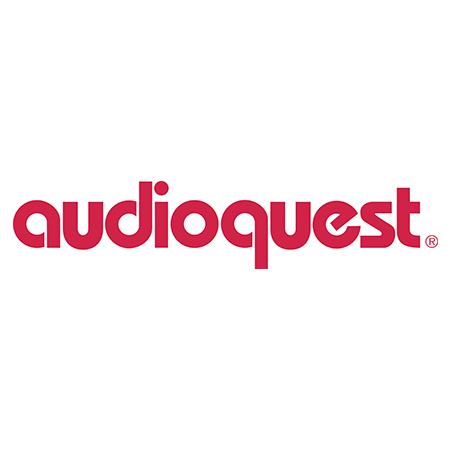 Perfect-Surface Copper+ has an astonishingly smooth and pure surface. Proprietary metal-processing technology protects the wire’s surface at every stage of drawing and fabrication. When high-purity low-oxide copper is kept as soft, pure and smooth as possible, it becomes a wonderfully low-distortion PSC+ conductor. PSC+ is manufactured by applying the same exceptional technology to an ultra-pure copper. The resulting sound quality is even more focused and simply less in the way. For over 30 years AudioQuest has pioneered the use of superior metals; yet even we were surprised by the huge leap in performance made possible with Perfect-Surface Technology. PSC+ simply outperforms all previously available copper metals at any price. All of Mackenzie’s conductors are solid. Electrical and magnetic interaction between strands in a conventional cable is the greatest source of distortion, often causing a somewhat dirty, harsh sound.

Nitrogen-Injected Hard-Cell Foam insulation is used exclusively in most of AudioQuest’s video and digital audio cables. Similar to Foamed-PE, it is nitrogen-injected to create air pockets. ‘Hard’ foam is used because the stiffness of the material allows the conductors in the cable to maintain the same relationship with each other along the full length of the cable, thus ensuring that the characteristic impedance of the cable is consistent.

The three conductors in “Triple-Balanced” Mackenzie cables ensure that whether prepared with RCA or XLR plugs, the positive and negative signals have equally low-distortion conducting paths. The 100% coverage shield is never used as an inferior conductor.

This plug design allows for a connection devoid of solder, which is a common source of distortion. Because the ground shells are stamped instead of machined, the metal can be chosen for low distortion instead of machinability. Purple Copper offers a cleaner, clearer sound than the nickel-plated or OFHC metals commonly found in competing manufacturers’ plugs.