The 432 EVO Essence is the all-in-one server with integrated ‘high-end’ 24/192 DAC using an oven controlled clock for low jitter and also has a high-end SP/DIF coaxial and optical output. Furthermore it’s upgradeable as you can use most external DAC’s, as it also supports SP/DIF, USB and HDMI DAC’s out of the box. 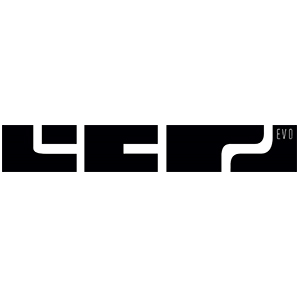 The 432 ESSENCE features a ‘high-end’ soundcard from Asus, which also exists in a DAC version. The DAC version of this soundcard won EISA awards, and after reading their review “an honest and compelling sound that puts many traditional Hi-Fi marques to shame!”, they wanted this technology in the integrated model.

The DAC inside the Essence easily surpasses many other similarly priced standalone DAC’s, sounding closer to high end analogue with no hint of digital harshness thanks to the 432 Hz plug-in.

The Essence runs full Roon or Logitech Media Server and the sublime 432 Hz enabled player, which can also play bit perfect to the highest possible quality. It also features a bit perfect Teac CD drive for ripping your CD collection.

432 Hz is one of the ways to tune musical instruments, and is also known as the Tuning Note “A” and A = 432. Music tuned to 432 Hz sounds better than contemporary music which is tuned at A = 440. The famous Stradivarius for example was tuned to 432 Hz according to the Verdi tuning. During historical periods when instrumental music rose in prominence (relative to the voice), there was a continuous tendency for pitch levels to rise, also known as the pitch inflation. A higher pitch, such as our current A = 440 standard sounds sharper, louder and more “fresh”, but also more aggressive, which is not a quality audiophiles are looking for. The 432 EVO offer you the possibility to convert your existing music on the fly into the better sounding 432 Hz, without any resolution loss. Several ‘best of show’ awards that 432 Evo have won are the ultimate proof and recent research by Maria Renold and a group of 2000 people showed that 90% preferred 432 Hz. For purists 432 Evo still offer bit perfect mode on par with the best CD transports or up-sample only mode for those who want to tune the sound. All these modes are live switchable!

The 432 EVO Essence features a ‘high-end’ 24/192 DAC card from Asus. The DAC chips used are the Texas Instruments PCM1792A, which delivers an industry leading signal to noise ratio of 124dB.   Texas Instruments uses it’s own DAC architecture, which has a built-in digital clock and in the Essence is combined with a TCXO (temperature compensated crystal oscillator) for the lowest jitter, a feature usually found in much more expensive DAC’s.

The DAC board also uses high fidelity low dropout (LDO) regulators, and several capacitors are from WIMA. The output section uses MUSES 8920 and 8820 opamps, which are J-FET amplifiers from New Japan Radio Co.

The USB ports when hooked up to one or more USB DAC’s can be combined with the internal DAC, to create more than one output zones. The analog output RCA and S/PDIF (coaxial and optical via an adapter) can work simultaneously on the 432 EVO Essence as one output zone!

The 432 EVO can be optionally be ordered with single or dual noise filtered audio grade SSD’s, leading to a 100% silent solution. Can be ordered with 2 TB, 4TB or 8 TB of total SSD storage.

The 432 EVO Aeon comes has a 2TB low noise hybrid storage on a custom spring suspension system combining the best aspects of HDD’s and SSD’s in a single drive. Full SSD’s are also possible.

The HWBOOST option doubles the RAM and has a faster CPU and better clock. It must be ordered as an option with the Aeon.

The importance of a pure and clean Power Supply for digital audio cannot be stressed enough. Digital audio’s enemy is noise, and much of that comes from poorly designed power supplies or cheap SMPS (switched mode power supplies). In fact a dirty Oower Supply can not only ruin the sonic performance of a server, it can also inject noise down the mains to infect the rest of your system!

The Sbooster power supplies are perfect for this purpose and offer a very stable 12 Volt supply from which the 432 EVO Standard draws less than a third of what the supply can provide.

When upgrading to Aeon or High-End, a second Sbooster BOtW will be added, as well as additional internal parts and the software tuning of those models will also be activated when upgrading.   With the 432 EVO server line-up, you can start at your own budget and upgrade later.

LMS is a very stable music server with two decades of software improvements, and is still supported.

Compatible with Spotify, currently the biggest digital music service that gives you access to millions of songs.

LMS users can use several control apps, including iPeng or the LMS web interface.

Squeezepad is another controlle and like iPeng can control the LMS library manager.

For details of our latest offers, new products, competitions and much more, please sign-up to receive our regular e-mail newsletter.